Do Not Quit. Ever.

The blog has been silent for a bit.  I’ve been considering whether or not to keep it going.  It’s got a cool name, but as anyone who watched “The Phantom Menace” knows, it takes far more than a cool name to make a good product.

The goal of Rejected and Alone has, all along, has been to keep me writing.  What I’m finding is that it now keeps me from writing.  Every post takes away from the bigger projects.  Since the end goal is to produce professional, saleable work, it makes sense (personally) to shift my effort into those projects – like the two novel drafts I’ve finished but not finished or the score of screenplay ideas that need to be broken, written, and polished.

I’ve gotten some very positive rejection letters on my short stories with comments that tell me I’m close.  So.  Very.  Close.  I’m ready to close that deal.  And I plan to publish a novel this year.  Commercial ventures, unlike the blog which I have pledged (even if only to myself) to keep ad free.

So I was going to pull the plug.  After all, how many of you are actually reading these words because you want to be better authors?  How many times do you want to read me saying the same things in different words?  Listen, I can sum up the message of my blog in four words.  Do not quit.  Ever.  Everything else is just me talking and you being polite – and hopefully entertained.

Then I got an email comment from a stranger who liked some of the content.  And some of you have been asking what happened – am I alright?  Why has the blog been silent?  I talked to my wife about my plans to shut down R&A and she said, “What?  You can’t do that.”  Hmm.

How about this.  How about one post a week?  I’m thinking Tuesdays.  Maybe because today is Tuesday, maybe because Tuesday is a day that needs a little something.  Doug Richardson posts one day a week and I really like his format.

So here is my pledge for Rejected and Alone, version 2015.  One post a week.  And it will make you smile.  To make sure you don’t miss it, please get an email subscription (there’s a link at the bottom of this page).

This was all pretty serious and nobody has smiled yet.  I could say it isn’t 2015 yet, which would make some of you laugh, but instead I’ll tell you a funny story.

Yesterday was my last day of vacation.  It was a good day and I cooked a dinner of twice roasted potatoes, creamed sweat corn, a roasted onion (butter and beef bouillon) and grilled rib eye.  The dogs get very confused when I cook.  I’m not the sort to toss them scraps.  Doesn’t keep the third smartest from hoping though.  Thing is, she’s terrified of pretty much everything, even Norah Jones on the Pandora, so when I was chopping the potatoes she wouldn’t come over and get the ones that fell on the floor.

Then I was rushing in and out between the skillet (olive oil, parsley, ground black pepper with the roasted potatoes) and the grill.  She kept smacking into the cabinets to get out of my way.  The first smartest dog was jumping over her.  The second smartest did some barking.  I put them out.  They still didn’t know what to do.  I felt bad for them, the steaks looked amazing, so I dropped a bouillon cube into their big water dish.

That was a trick because they catch really well, I had to chase them away from the bowl.  Then they rushed up to see what it was I’d dropped in.  I laughed out loud watching them try to figure out how to get to the cube at the bottom of the deep bowl.  They started drinking like crazy and I thought for a minute they were going to drink it all, just to get to the cube.

But they didn’t.  The first smartest was distracted by a tennis ball and the third smartest ran away when I clicked the igniter of the grill.  Maybe you had to be there.

Email ThisBlogThis!Share to TwitterShare to FacebookShare to Pinterest
Labels: Dog 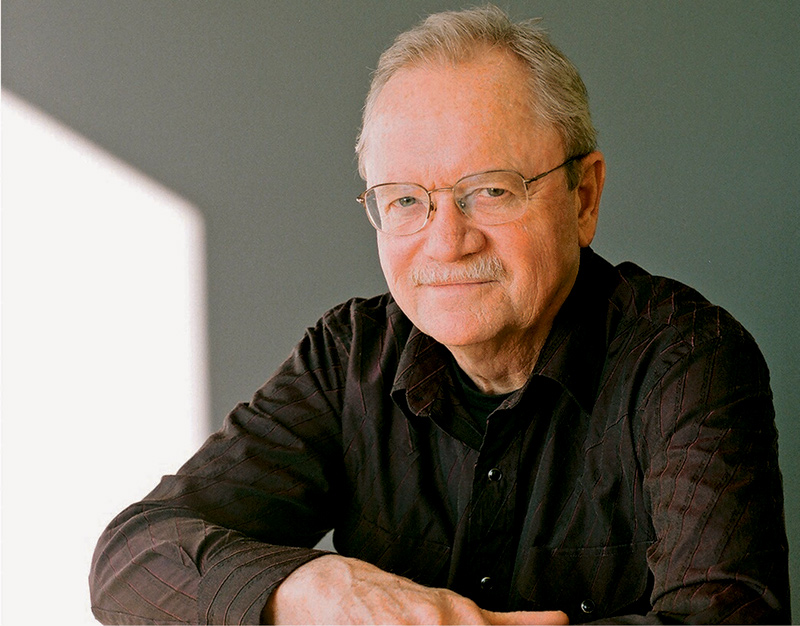 It was a fine articulation of a truth you must come to terms with if you plan to succeed in the arts.

I spent a month writing a short novel.  I’m finishing up the first draft now, probably by Friday.  60k words written as fast I can go.  The next part is where the work is.  I’ll have to take that mass of gobbly guck and refine it into something worthy of your time.  That’s a lot of work.  It’s so much work that the first draft of the short novel I wrote last year sits idly on my hard drive, taunting me, telling me I’m not a pro yet because I’m not willing to go back and do the hard part.

Thousands of people finished novels during NaNoWriMo this year.  I suspect that the published results will show Mr. Haruf to be correct.  Only a few of the authors will be willing to put in the work required to write something truly good.

I expect to be one of them.

Don’t forget, you can subscribe to Rejected and Alone and receive each post delivered directly to your inbox.  Want to comment?  Just click on the link in the email and it will bring you to the page.
Posted by Jon Stark at 10:06 AM No comments:

Finished NaNoWriMo.  Now I need to finish the novel, probably another 10k words or so.  Should be Thursday if I can keep the NaNo pace up.  Also ran a 5k with my family.  It’s been 17 years since I ran in an organized race and this one was very crowded.  It was a little frustrating at first but after about ½ a mile the pack sort of settled and then we spent the rest of the time passing people.  That felt pretty good.

The Squids came about five years ago, best we can figure.  Bounced off Mars and smashed into the moon.  Broke it and their ship.  Of course at the time we thought they did it on purpose and all those smaller ships descending on us were attack craft.

It didn’t help that they took out a U.S. carrier group somewhere in the North Atlantic.  Or that one of them burned into Beijing.  Sort of galvanized our resistance, global cooperation kind of thing.  It took two years and five billion people to beat them.  Worst luck we ever had.  As a race.  Squids killed clean.

Thing we didn’t know in time was that the Squids weren’t invading – those little ships were lifeboats and they were running.  Didn’t know that until the Cha’ah showed up.  We were trying to put things back together, one hand on the wall and the other on our extraterrestrial blast rifles so to speak, always with an eye overhead.  Wondering when round two was going to start.

We didn’t know there wouldn’t be a round two, that we’d destroyed the last of the Squids.  Ironic.  The Cha’ah pulled Pluto into Neptune’s orbit and then recycled it into a forward operating base.  They put an Illuminator in orbit around Jupiter and focused the ten jiggawatt beam on earth.  You want night?  Go underground.  There’s not a dark place left on our planet.  Seasons were messed up, clocks were already fried, we sort of lost track of when we were.

The Squids were NBA sized -- tall aliens with tentacles and beaks – but they had faces and spoke.  They wore suits and carried their weapons.  And we could kill them.  The Cha’ah are bugs.  Big, nasty, spidery things -- all legs and hair and eyeballs.  They’ve got these antennae things that sort of flop around and they chatter.  Clicks and whirs all the time.  They sound like tap dancers or drill sergeants when they walk on our ruined streets, clattering on claws and they swarm everywhere and I’ll tell you, doesn’t matter how you feel about spiders, they are terrifying.

Our weapons didn’t seem to touch them.  Worse, the best weapons we had were captured from the Squids and they had been beaten soundly by the Cha’ah.  You know how in the movies when the zombies or vampires or aliens showed up there was a guy, either one of the heroes or somebody they found, that knew how to kill the evil?  The guy who would say, “Garlic doesn’t work on them.  But Holy water does.”  Well, that guy hasn’t shown up.  Not here.

They just march over us.  They suck the life out of you if they touch you.  They call down fire from orbital systems if you run from them.  We’re out of food.  There’s disease we can’t cure.  The oceans have nearly boiled away.  I’m not sure we’ll be able to make it even if we beat them back.

Not that there’s any chance of that.  We’ve been running and hiding and they just keep coming like a line of tanks advancing through the desert.  We run from hole to hole but none of them are deep enough.  There was one place -- might have been Colorado but who knows – where we hooked up with a military unit for a few days.  They had a Colonel who told us that he’d heard about somebody standing against the Cha’ah.  Somewhere in Europe.  Albania or Romania or something.  A group came out of the mountains and when the aliens attacked they were beaten by a man who used their own power against them.  Sounds too good to be true.

Sounds like a dying man grasping at straws to keep up the morale of his troops.  They fought well, when the bugs dropped in on us.  Left us wandering again.  But now we’re wandering east.  It’s a long walk to Moldova but that’s good.  A man needs direction, some sort of purpose, to keep going.  To get up in the morning and not quit.  To fight.

And who knows?  Maybe there is a secret base somewhere.  Or a man that has power against the scourge destroying the world.
Posted by Jon Stark at 8:20 AM No comments: