What Happened to Space?

Do remember being a kid and wanting to be an astronaut?  I don’t hear that anymore.  None of my kids want to be astronauts.  None of their friends ever talk about it.  But I did, and so did all of my friends.  I have been wondering where the cut off was, when it stopped being the great adventure. 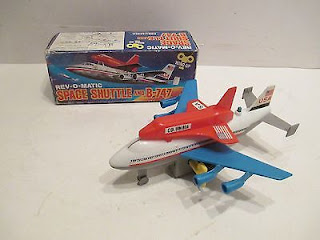 My first thought was it broke evenly along the generational line.  For my generation and our parents, space was exciting and still very new.  We knew the names of ships and their crews.  I suspect Topps even had collector cards for the various leagues.  Now it’s old hat, like sailing around the world in a small boat.  Not something many people do, but enough we don’t think anything about it when somebody does.

Then I wondered if the demise of the shuttle program and privatization of the industry led to decreased interest.  I was in second grade when the first shuttle lifted off and we stopped classes and gathered to watch the first two scrubbed launch attempts.  Everyone was disappointed the actual launch was in the middle of the night.  But we watched the landings and other launches.  And I watched the reentry and landing of the last shuttle flight on the TV in my office, felt the weight of history.  Thinking about it now still gives me chills.

My kids didn’t really care.  It meant nothing to them.  They never had toy space ships or a Boeing 747 with a spring launch system for the red plastic shuttle on its back.

I could blame video games but I’d rather blame Facebook.  Neither one is the likely culprit.  It isn’t a lackadaisical attitude by my kids either, they want to do big things.  They want adventure and meaning.  But my oldest wants to explore the dark depths of caves rather than space, my second to rescue people stranded on ships in the oceans rather than orbiting planets.

With the success of books and movies like The Martian I believe there is still a yearning for the great unknown beyond our atmosphere.  Just not in the next generation, not the way it was.  My daughter thought The Martian was great for the same reason she liked The Green Zone (Matt Damon).

Electricity.  That’s what it is.  If we turned off the power, looked up at a night sky unpolluted by city lights, someone in the next generation would say, “I wonder what’s there?”  And people would go.
Posted by Jon Stark at 7:36 AM

Email ThisBlogThis!Share to TwitterShare to FacebookShare to Pinterest
Labels: Essay