Who Am I Talking To?

Split.  The latest from M. Night Shyamalan.  Let’s have a quick refresher – I’m not a Shyamalan fan boy.  I believe The 6th Sense was one of the best movies made, even if you know the twist.  I thought The Village was a masterful thriller.  The rest?  Not so much.  I freely admit I didn’t get Lady In the Water and honestly, did anyone anywhere like Devil?  Truly one of the worst films ever.  I’m glad to know it wasn’t a career killer but still, I almost didn’t bother with Split because of it. 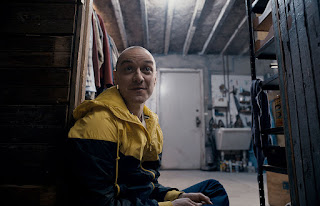 However, #2 told me it was very good.  And my wife wanted to see it.  So off we went.
When I first started writing scripts, I read voraciously on the subject.  One of the recurring themes was that I would never watch movies the same way again.  Split proved that warning to be true for me.  Within 5 minutes I was analyzing everything from the inspiration to the introduction of characters.  I kept stopping myself from trying to figure out what was going to happen because I wanted to enjoy my large popcorn.
Depending on your definition, spoilers follow.
Really.
I’ll give you a minute in case you read faster than you process.  The characterization was pretty good.  I didn’t confuse any of the main cast and the dialog was extremely well done in the sense that I always knew which personality was talking, even without costume cues.  However, the dialogue was not extremely well done if you’re looking for lines that will become part of pop culture.  In fact, there were a few lines I found a bit cheesey.  But they never drew me out of the story far enough I couldn’t get back in.
Split was creepy the way The Village was creepy, a few gotcha moments and a setting that created tension.  It was not a horror movie and the gore was minimal.  My wife suggested that might be because I’m color blind, there were a few scenes where I didn’t know what happened because I didn’t see the blood.  Still, in this movie the violence was mostly suggested rather than witnessed.
It took a few twists and turns which played with stereotypes for the genre and were logically supported, but nothing earth shaking – there was no big twist like in the better films.  I’m also not sure it was entertaining.  It was dark in the way Prisoners was dark, but lacked the resolution.  I was disappointed by the ending.  There was the general sense of unease, discomfort even, and depression like his so-so The Happening.
I thought of Prisoners several times while watching.  And I had the sense that had an unknown written the film, it would only have been produced by a bit of luck.  I don’t say that to take away from the quality of the story, but to make the point that Split wasn’t any better than many of the unproduced scripts I’ve read and worse than several.
Perhaps the take-away is aimed squarely at struggling story tellers – the world is dark and bleak, but somewhere, somebody has the money to make your movie, whether it’s amazing or just pretty good.
Posted by Jon Stark at 2:08 PM

Email ThisBlogThis!Share to TwitterShare to FacebookShare to Pinterest
Labels: Movie Analysis, Tales From the Script